“Being successful in life is all about having the proper belief system”.
A very power motivational video/audio link that will touch you to the deepest part of your heart specially when you are now in the verge of giving up. It is emphasized in the video that when you have the proper mindset for something that you wish to accomplish then you are on your way.


When one awakens form a coma and was told that he was in the navy and they want him back when everything will be okay, surely, even if there was no memory of the past, one will hold himself differently and already act like he was indeed part of the strong group of the navy. It would be different if he was actually a piano school teacher right? By truly believing that one is unique and someone special in that field one could become what he hopes to be.
Our brain is like a circuit and by introducing the proper wiring, we can actually go straight to our target and that is accomplishing whatever it is we desire in life. Everything starts from how you feel and how you perceive yourself. If you already think you are successful then all you actions will coincide with what you feel and eventually you are a winner in your own field.
No comments:

A very inspirational video showing the value and the rewards you reap when you “pay it forward”. The video shows a young boy who asks for a birthday cake from his mother while they were in a bakeshop. Apparently, his mom could not afford it but the boy obviously wants the cake so much. An older man overheard the young boy and the mother.

This kind man bought the cake and gave it to the boy. The boy was very happy and asks how he could repay, the older man smiled while he was about to leave, he left a note with the words “a simple act of caring creates an endless ripple”. The young boy who received the note remembered the lesson he learned and had one day did the same to a young girl who wanted a cake for her grandpa. He did the same thing, bought the cake and gave the young girl the same note that he received from a stranger before. Later on, the video showed the impact of the message because the young girl’s grandpa was the same man who gave the boy the cake years ago.

This video is a kind reminder to everyone that whatever kindness we show to our fellowman will have a rippling effect to us in another time or in any other form. Kindness begets kindness.
No comments:

The Power Of Music

An inspirational video of a young school boy with his guitar constantly being ridiculed for his weird music and weird guitar tune.  Just like any other teenager this young man also experienced bullying and peer pressure. One day, the bullies from a school band witnessed how he was working hard for his song to help raise fund for his mother’s cancer treatment.

The young boy in his school uniform would sing along streets hoping for some people to give him some alms as his way of raising funds for his mom. It is a heartwarming gesture and eventually the bullies came around and helped him by singing and playing musical instruments along with his own music that they once called weird.

This is a very heartwarming video of the power of music.
1 comment:

Hi Everyone! ♥
My name is Kaye and I'm just having some thoughts on what others say about their lives basing on quotes and beliefs. I know I'm not an "expert" on what life is or how life is going to be like. Soooooo I'm going to post some ideas based IN MY OPINION. hope you guys like it :)) All videos and pictures are not mine. 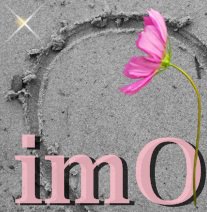